The Rise of Giannis Antetokounmpo 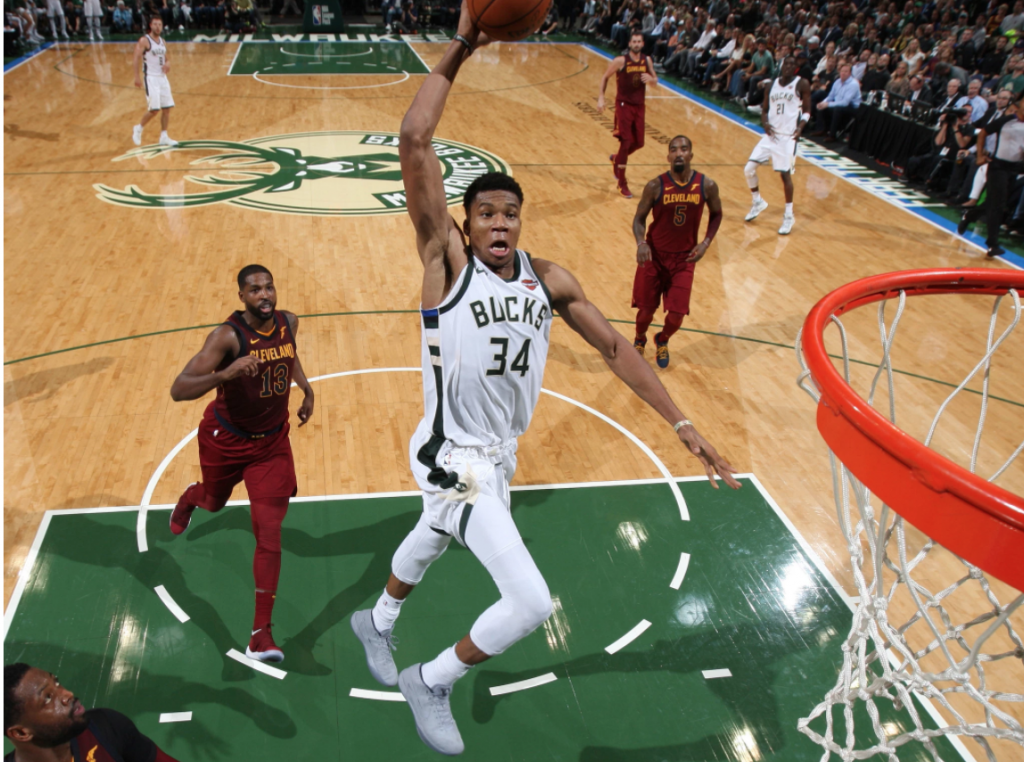 Author: Matthew Budkofsky
The 2013 NBA Draft was highlighted by college standouts like Victor Oladipo, Nerlens Noel and Otto Porter Jr. So, when the Milwaukee Bucks spent their 15th pick on Giannis Aneteokounmpo, nobody knew what to think. Nobody had heard of the gangly 19-year-old kid from Greece, but if you took one look at the kid you could see the potential was there. Aneteokounmpo was a 6’9” do-it-all small forward with a 7” wingspan, however over the past 5 seasons Aneteokounmpo has actually grown to be 6’11”. These physical intangibles earned him the nickname “The Greek Freak” and had the Bucks front office salivating at the chance to get him on the court.

The start to Giannis’s career was expectedly slow, but the Bucks stayed patient with their young star. In his first season, Aneteokounmpo averaged 6 points, 4 rebounds and 2 assists while shooting 41%. Many people doubted Giannis and did not believe that he would ever become an integral role of the team. However, Aneteokounmpo had a much stronger sophomore campaign. He became an everyday starter and doubled his scoring average and shot nearly 50% from the field. Throughout the season Giannis showed flashes of how great he could be, but was never able to put anything together consistently offensively.

By the end of his third season, the Greek Freak began to show signs that he truly belonged in the league. He brought his scoring average up to 17 ppg and also chipped in with 8 rpg. But the true effects of Giannis did not show up on the stat sheet. Giannis had become one of the league’s biggest mismatch. Defensively, he was able to guard every position on the floor. Offensively, he developed into a wing that could handle the ball, run the offense, and get to the rim at will.

Giannis’s true breakout season came last season, when he won the Most Improved Player award. The Greek Freak averaged 23 ppg, 8 rpg, 5 apg, 2 bpg, and 2 spg…all career highs. Giannis thrived in Head Coach Jason Kidd’s offense and led the Milwaukee Bucks to a playoff berth. So far, this season, Giannis has gotten off to a scorching start. He is currently averaging 37 points and is the favorite to win MVP. The scariest part about him is that he is still getting better every day. Jason Kidd said recently he believes Giannis “could be a mixture of Magic Johnson and Kevin Garnett. When he puts his mind to it, he can do everything defensively.”

The Bucks have done a fantastic job developing Aneteokounmpo. He has steadily improved every season and has turned Milwaukee into one of the Cavaliers biggest threats in the East. It will be a treat to watch Giannis continue to grow, and the best part is that this is only the beginning.