London-based songwriter Sampha Sisay has been making music all his life. He started learning the piano at a young age, and rose to fame as part of the electronic act SBTRKT in 2010. He’s collaborated with some high-profile names in music, including Drake, Solange, Frank Ocean and Kanye West. In 2017, Sampha released his solo debut full length release, Process, and it was well worth the wait.

Sampha has faced enough grief for a hundred lifetimes. He lost his father in 1998 and his mother in 2015, both to cancer. This loss and its aftermath makes up the lyrical and thematic thesis of Process, a record rooted in sorrow and the struggle to cope. On the opening track “Plastic 100°C”, Sampha likens his emotional journey to that of an astronaut lost in space, crying out for help. “It’s so hot I’ve been melting out here, I’m made out of plastic out here, you touched down in the base of my fears. Houston, can-can-can you hear?” he signs, referencing his fragility when flying too close to the sun. “Plastic 100°C” is followed by “Blood On Me”, a frantic and haunting track, and a standout from the album. On “Blood On Me”, Sampha runs from his problems, but never quite escapes them.

Here, Sampha paints a vivid picture of his struggles with persistent grief, and his failed attempt to outrun it. In trying to distance himself from it, it ends up hurting him even more.

Sampha fully addresses his mother’s passing on the somber piano ballad “(No One Knows Me) Like the Piano”. This song details the relationship he has with his childhood piano and with his mother, when he moved back home to care for her after her diagnosis. The piano was always Sampha’s solace and escape. “You would show me I had something some people call a soul”, he says to the piano, showing its importance to Sampha as a vehicle of self-discovery. On the second verse, he sings “They said that it’s her time, no tears in sight, I kept the feelings close, and you took hold of me and never, never, never let me go, ’cause no one knows me like the piano in my mother’s home”. It’s almost poetic that this was the last song that Sampha played for his mother before she passed.

Sampha realizes this loss and, as the title suggests, processes it throughout the rest of the album. On “Reverse Faults”, Sampha sings “There’s a fault in my structure”. This is a geological reference, likening his body and soul to a fracture in the Earth as he lives in melancholy. On “What Shouldn’t I Be?” Sampha struggles to decide how to move forward, contemplatively and conversationally with his mother’s ghost.

Sonically, Sampha explores many different textures, voices, and styles across the album. Most of it is centered on Sampha’s unique brand of electro-neo-soul. It’s hard to pin down and define, but it takes influence from R&B and from his previous electronic work. He utilizes a world sound on “Kora Sings”, featuring an African string instrument (also called a Kora). On “Under”, Sampha sings over a slick trap hip-hop beat, with his own synth twist. There are flashes of musical saturation contrasted with tender moments of bare synth plucks and piano.

Sampha’s voice is the centerpiece of the album; he croons in a cracked falsetto that is both objectively flawed and emotionally powerful. Both musically and conceptually, Process shows the listener everything. It gives the listener a glimpse into the psyche of an artist battered with pain, trying to navigate through the wake of such a cathartic event. It’s no wonder that Process received the Mercury Prize last year, rightfully cementing it as one of the best artistic works of 2017. 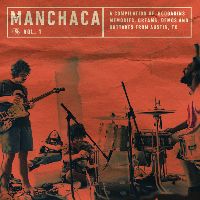