The Group Stage of the 2018 FIFA World Cup concluded this week, and the knockout round matchups are in place. It’s been a fantastic tournament so far, filled with twists, turns, surprise stories, and no shortage of amazing goals. Initial favorites like Brazil, France, and Portugal have excelled. Defending champions Germany have already been eliminated. Lionel Messi’s Argentina squad have struggled, while Luka Modric has led Croatia to a first-place group finish, positioning them to be a dark horse in the rest of the tournament. Now that the bracket is set, things are about to get spicy. Catch up with our preview of the knockout round.

The first knockout round matchup pits France against Argentina: a heavyweight clash that is sure to pack a punch. France beat Peru and Australia while tying Denmark en route to the knockout stage. Les Bleus boast a loaded squad, one of the deepest in the tournament. Real Madrid center back Raphael Varane is holding it down in defense, putting in a few spirited displays so far for the French side. Chelsea star midfielder N’Golo Kante anchors the midfield, leaning on his speed, strength, and seemingly limitless energy. Attacker Kylian Mbappe is a special story: at just 19 years old he became the youngest player to represent France at a major tournament and the youngest player to score at one, too. Argentina is a different story. La Albiceleste struggled to get out of Group D, drawing Iceland, losing 3-0 to Croatia, and eeking out a 2-1 win over Nigeria thanks to a late goal from Marcos Rojo. Lionel Messi captains the side, but they are in disarray. After poor performances in the first two matches, it was rumored that head coach Jorge Sampaoli was ousted and that the players in the squad would be making the decisions for the rest of the tournament. In their first match without Sampaoli calling the shots, they switched to a different formation and got the win, so maybe that shift will be a catalyst going into the knockout round. The Argentinian side has a wealth of talent at their disposal, centered around the best player in the world. At this point, it’s all about putting the pieces together.

Another titan of the soccer world plays their first-round game a few hours after Messi and Co take on France. Cristiano Ronaldo will be hoping he can lead Portugal to a win over Group A winners Uruguay. While Messi has struggled as of late, Ronaldo has been on fire. He scored a hat-trick against Spain on day two of the tournament in a 3-3 draw, and chipped in another goal against Morocco in the next match. Ronaldo is running the show, but he’s not doing it alone. Ricardo Quaresma scored a trademark goal against Iran, and others like Joao Moutinho and youngster Goncalo Guedes have made meaningful contributions. Uruguay are led by an elite striker pairing of Barcelona’s Luis Suarez and PSG’s Edinson Cavani. The two are lethal center forwards who can create a goal out of nothing and finish from almost any angle. I’d expect these two to trouble Portugal’s back line and make them work for it, but Portugal’s quality across the entire pitch should see them through to the quarterfinals. Aleksandr Golovin (top) of Russia, Diego Costa (below) of Spain

The hosts of this year’s World Cup take on Spain in an interesting Round of 16 match. Spain have been in hot water since the start of the tournament, but are feeling fine. On the eve of the start of the World Cup, Spain fired their head coach Julen Lopetegui after he accepted an offer to coach Real Madrid after the end of the tournament. This move unsettled fans everywhere and cast a dark cloud over Spain’s opening match. La Roja bounced back and showed their quality, finishing first in their group. Spain line up with some of the best talent in the world, like Barcelona fullback Jordi Alba, midfield general Sergio Busquets, and an attacking lineup that would make your eyes water. Isco, Marco Asensio, and David Silva are just a few of the creative players that Spain has at its disposal. Russia faces an uphill battle going up against a world class side, but have shown so far that they belong. Winger Denis Cheryshev and midfielder Aleksandr Golovin have impressed thus far, as Russia picked up two wins in the group stages. This included a 5-0 win over Saudi Arabia on the opening day of the tournament. Facing Spain is a much tougher task, but the hosts have shown that they can score: don’t expect a pushover here. 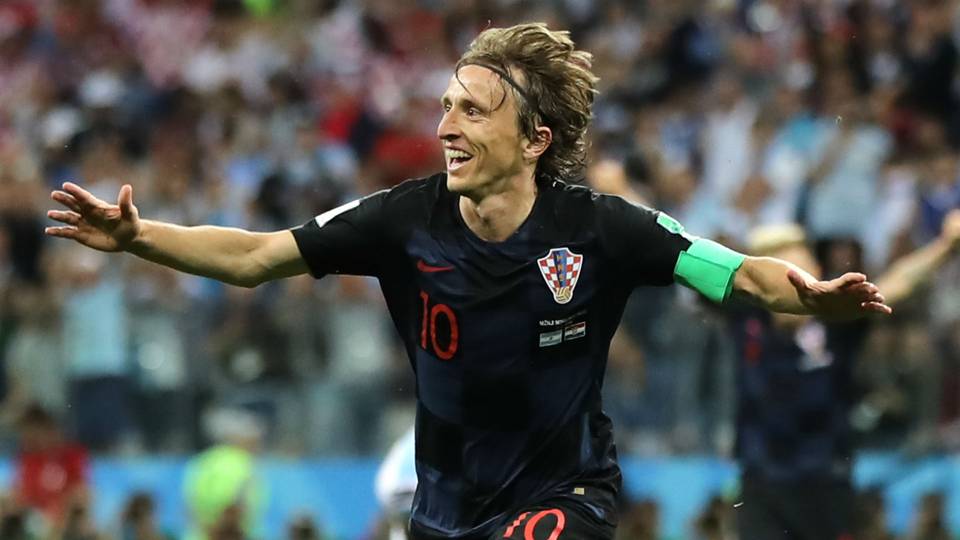 Croatia and Denmark meet in another exciting matchup. These two teams may not be the favorites, but they definitely belong with the best of the best. Denmark have a creative squad that can cause problems all over the pitch. Led by Tottenham midfielder Christian Eriksen, the Danes have a core of young talent that helped them to a second-place finish in Group C. Croatia are one of the most exciting stories of the tournament so far. Real Madrid’s cornerstone midfielder Luka Modric has been one of the best players of the tournament so far, scoring his first and second World Cup goals ever in the group stages. Striker Mario Mandzukic will look to make a big impact going forward, while the defense will be marshaled by Liverpool defender Dejan Lovren. This Croatia side is overperforming expectations and wowing fans and neutrals alike. The creative midfield pairing of Modric and Ivan Rakitic are in great form. I’d expect the two of them to be influential in a probable win for Croatia this weekend. Brazil and Mexico have been two of the most attractive teams in the cup thus far. Mexico execute the counter attack better than almost anyone, with speedy wingers Carlos Vela and Hirving Lozano dovetailing around central striker and Mexican legend Javier “Chicharito” Hernandez. Mexico are not to be messed with: they beat Germany 1-0 in their first match last week. They are seasoned underdogs and they bring big-game pedigree to this important match. They will look to counter Brazil the same way they countered Germany. Brazil have been the best side in the tournament thus far, with quality in every single position on the field. Star attackers Neymar and Phillipe Coutinho will work their magic to try to create or score for the Seleção. Holding midfielder Casemiro will do a lot of thankless work stopping Mexico’s fast counters, and Thiago Silva and Marcelo will lock down the defense. Expect a lot of fireworks in this can’t-miss match. Belgium and Japan line up in the most mismatched game of the knockout phase. Japan have a talented team, with players like Shinji Okazaki and Keisuke Honda looking to influence the game for their team. They just don’t stack up with Belgium, though. Belgium are chock-full of talent and are finally starting to develop a team identity under coach Roberto Martinez. The English Premier League is represented well among the Red Devils. Manchester United’s Romelu Lukaku has been lighting up the net, with 4 goals in his two group stage appearances. Creative midfielder Kevin De Bruyne of Manchester City has been pulling the strings from deeper in midfield, while Chelsea’s Eden Hazard has been electric in his attacking midfield role. Tottenham’s Toby Alderweireld and Jan Vertonghen form a formidable partnership in defense for the Belgians. They’ve scored the most goals of any team in the tournament so far, with their free-flowing attacking style yielding 9 goals in 3 games. I’d expect them to add to that tally against Japan. 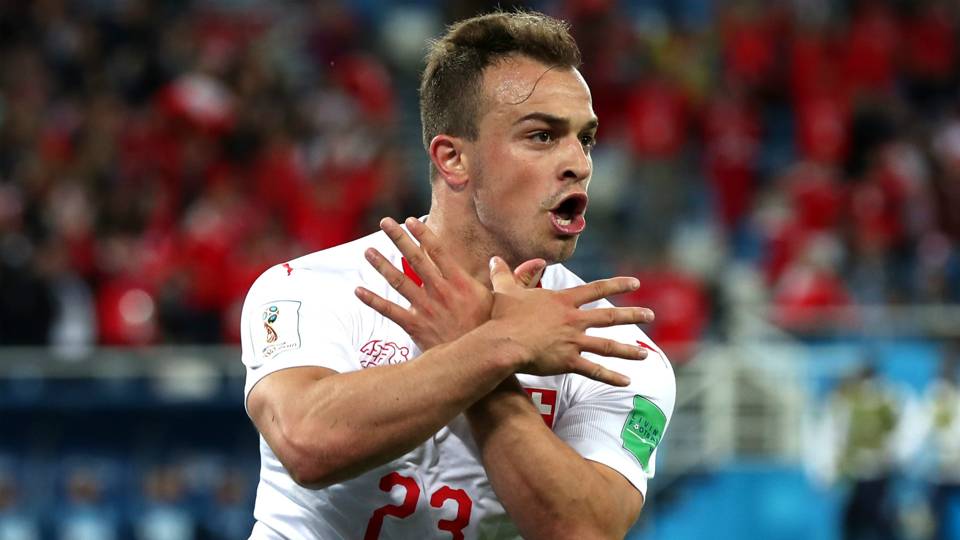 Switzerland and Sweden are two teams who you may not have expected to make it this far. Sweden came out as surprise winners of Group F, beating Mexico 3-0 on the last matchday. They sit deep and play very defensively, and have the squad to match. Almost every Swedish defender and midfielder are over 6 feet tall, making for a very imposing presence in defense. Attacking midfielder Emil Forsberg of RB Leipzig will look to create chances for the Swedes. Switzerland are a quality side as well. They tied Brazil 1-1 in their opening game and flexed their quality from goalscorers Granit Xhaka and Xherdan Shaqiri in a 2-1 win over Serbia. Shaqiri is a big threat from set pieces, which could end up deciding this evenly matched tie. 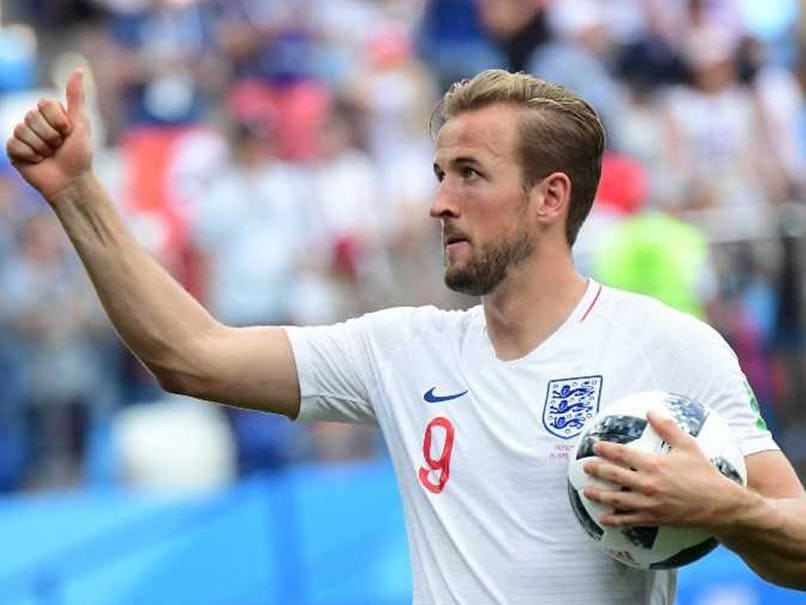 England striker Harry Kane after his hat-trick against Panama

England will fancy their chances against Group H winners Colombia. Colombia are a formidable side with technical players in almost every position. Their talisman James Rodriguez picked up an injury in their last match, and is a doubt for the knockout round. A sleek, new-look England side will look to capitalize on his absence. Manager Gareth Southgate has transformed the Three Lions side from a traditional English 4-4-2 to an unfamiliar 3-5-2 formation. They have the players to fit this new system: wingbacks Danny Rose and Kieran Trippier will provide width in attack, Marcus Rashford and Raheem Sterling can attack flexibly and help create for the current top scorer of the tournament, Harry Kane. The Tottenham star netted 5 goals in the group stage, and will be looking to add to that account against Colombia. If England can clear this hurdle, they are a good bet to make a deep run in this tournament.

Check out WSUM’s World Cup 2018 Spotify playlist! It’s a collection of world music from nations participating in this year’s tournament.