This weekend, Pitchfork Music Festival 2018 went down at Union Park in Chicago. A few of us from WSUM headed down there to check out one of the most interesting and diverse festival lineups of the year so far. Pitchfork did a great job of booking artists whose voices often are ignored by major festivals and the music industry. Across 3 stages, Pitchfork featured artists of color, women, and members of the LGBTQ+ community. Here’s a recap of some of the great acts we saw this weekend. 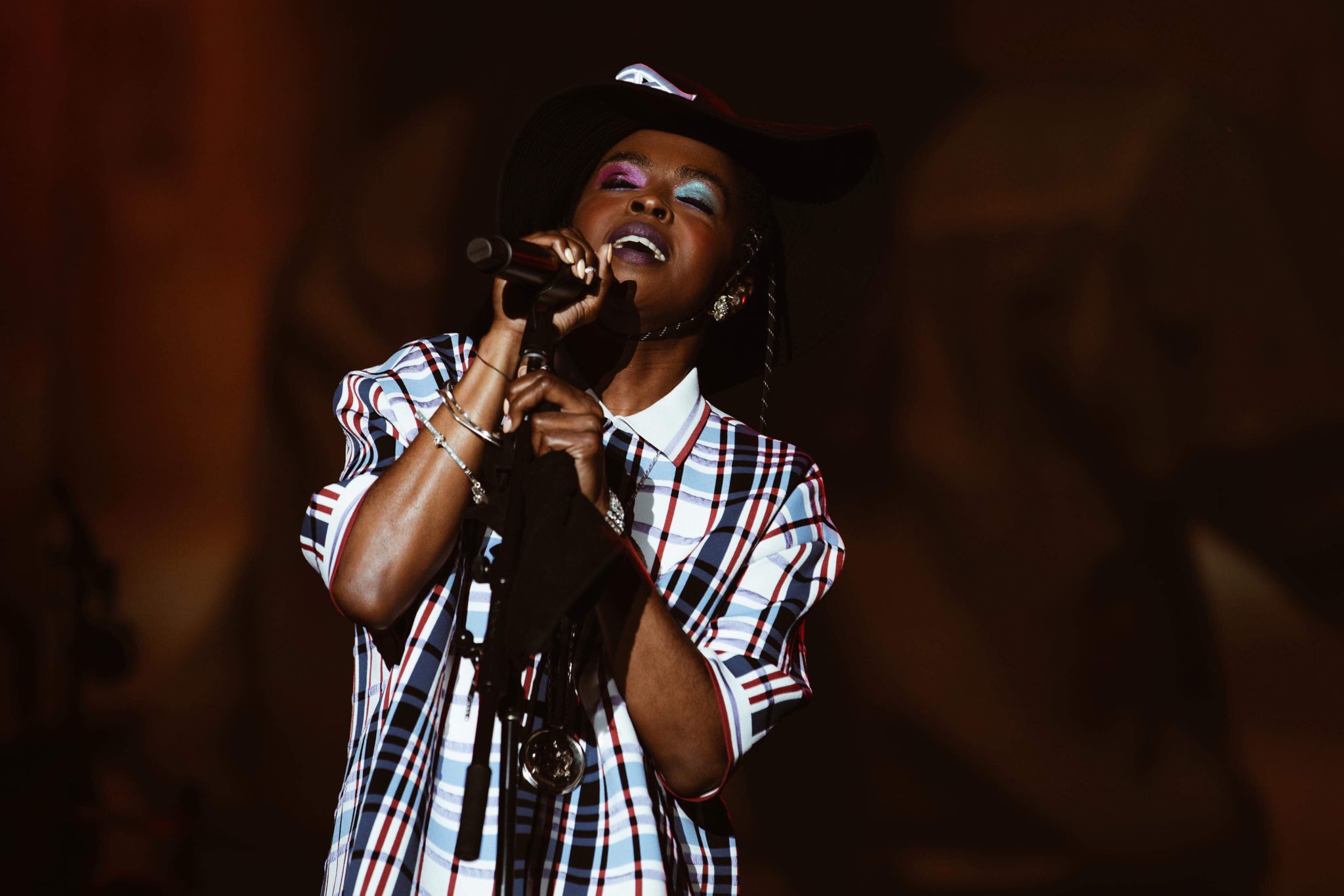 The crowd at the Green Stage was abuzz, still reeling from Chaka Khan’s powerful, soul-stomping set at the adjacent Red Stage. Though excitement was building, everyone had an underlying question: Will Lauryn Hill show up? All of the anxious crowd’s worries were calmed when, twenty minutes after her scheduled 8:30 showtime – and after enduring a cringe-worthy, time-stalling set from Hill’s DJ – Ms. Lauryn Hill graced the stage. The next hour and a half was a whirlwind, as Hill went through her seminal Miseducation album in its entirety. Though many arrangements were far cries from their album versions, Hill commanded the stage with a power and swagger that few musicians claim to have. The reclusive hip-hop icon didn’t hold back, with her bombastic raps and drawn-out melodies keeping everyone on their toes. -Zach A, Promotions Director

When the stagehands brought out a microphone wrapped in a red feather boa, you could feel the anticipation in the crowd mount. Ravyn Lenae graced the stage on Sunday afternoon dressed in a two piece silver outfit covered in tinsel-like fringe. This 19-year-old Chicago native didn’t disappoint her hometown. Her dazzling performance was filled with sass and class. Lenae’s authenticity shown through both her lyrics and her conversations with the audience. Her ability to convey intimacy by talking about the meanings of her songs reminded me of the reason why I love live performances. Lenae explained how “Computer Luv” deals with the difficulties of long-distance relationships, and how “The Night Song” was written as a self-love song for black women. Ravyn Lenae got the audience dancing along with her in one of the most captivating performances of the weekend. -Amelia H, Traffic Director

The skies cleared on Saturday afternoon for Moses Sumney. He took the stage and opened with his Aromanticism track “Don’t Bother Calling”. This was a great teaser for the rest of the set, showcasing his floaty and ethereal vocals. His falsetto wowed the crowd and was a major hallmark of his set. Joining him on stage were three musicians, and between, them they covered guitar, keyboard, violin, drums, and oboe. The whole performance flowed very well, with smooth segues between pieces. Moses made us swoon with his soft vocals, but also took us in different directions. He experimented with a more upbeat pop feel in one song, and towards the end, he blew me away with an experimental swell of noise at the end of “Doomed”. He closed with the tender guitar ballad “Plastic”. His set blew me away, I’ve never seen anything like it. -David H, Web/Social Media Director

Kelela played a fantastic and intimate set at the Blue Stage on Saturday evening. She took the stage in a sleek dress flanked by two backup singers/dancers. The trio was in sync through the whole set, with sharp turns, dance moves, and effortless poise. She had charisma and showed a lot of personality on stage, especially during the track “Waitin”. Kelela’s album Take Me Apart has some of the most innovative and futuristic production I’ve ever heard. In a live setting, they pushed those beats even further and opened them up to different experimental sounds. “Blue Light” was the best of these, showcasing really interesting rhythm and sonic choices that Kelela made on that record. The set was captivating and had me feeling myself the whole time. -David H, Web/Social Media

When they took the stage, you could tell Fleet Foxes was eager to play for all of Chicago. The singer, Robin, grabbed the mic and soothed the crowd for the whole hour and a half, completely excelling at their performance! Some highlights of their set were the tracks “Blue Ridge Mountain” and “Helplessness Blues”. The majority of their set covered their new LP Crack-Up, which was released in 2017. Overall, if you are a dedicated Fleet Foxes fan, this was an amazing show. If you aren’t, you may have been disappointed with their engagement with the crowd. Other than the occasional thank you’s and song titles nothing else was really said. This set was definitely one for the diehard fans. -Andrew B, Community Outreach Director

Tame Impala played a great headlining set on Friday night. The Austrailian psych rockers took the stage in front of an adoring and energetic crowd, some who waited all day for them. The band played a varied set, with moments of pure dance ecstasy and chill psychedelic vibes equally represented. Most of the material was from Currents, but some Lonerism and Innerspeak cuts made it on the setlist as well. My favorite part of the show was the trippy visuals and array of lasers that the band used in their stage design. This web of lasers was intermittently lit up by passing drizzles of light rain, creating a sparkling effect on the laser. Tame Impala was a visual and auditory spectacle, and I can’t wait to see where Kevin Parker takes this project next. -David H, Web/Social Media

Wow, Japandroids. These guys packed THE punch at Pitchfork this time. The lineup this year was more mellow and relaxed compared to other years that featured bands such as Sleater Kinney, Run the Jewels, and A$AP Ferg. With this in mind, when the Canadian duo took the stage, you could tell the energy was there in the crowd and they were eager to get it out. They started off with songs from their 2017 LP Near to the Wild Heart of Life but later transitioned to their breakthrough album Celebration Rock. Every song packed blood, sweat, and tears on stage that trickled down into the crowd. It was finally an opportunity for the goers of Pitchfork to mosh, crowd surf, and rage. If you don’t believe me – on the final song “The House That Heaven Built” – lead singer and guitarist, Brian King, introduced it and said “See you on the other side” and four people simultaneously got thrown up in the air to surf. Wow, Japandroids. -Andrew B, Community Outreach Director

Rising rapper Tierra Whack tore up the Green Stage on Friday afternoon. After a spirited (albeit a little too long) DJ set to open her show, she took the stage. Sporting some Off White Converse and a denim bucket hat, Tierra Whack looked right at home in the Pitchfork crowd. She played a couple of her singles and a lot of tracks from her acclaimed record Whack World. She polled the crowd at times, asking what track from her album she should play next. The fan-favorite track was “Hungry Hippo”, which generated a lot of grooving in the crowd. She’s an artist that will only continue to grow in popularity in the coming months, so look out. -David H, Web/Social Media