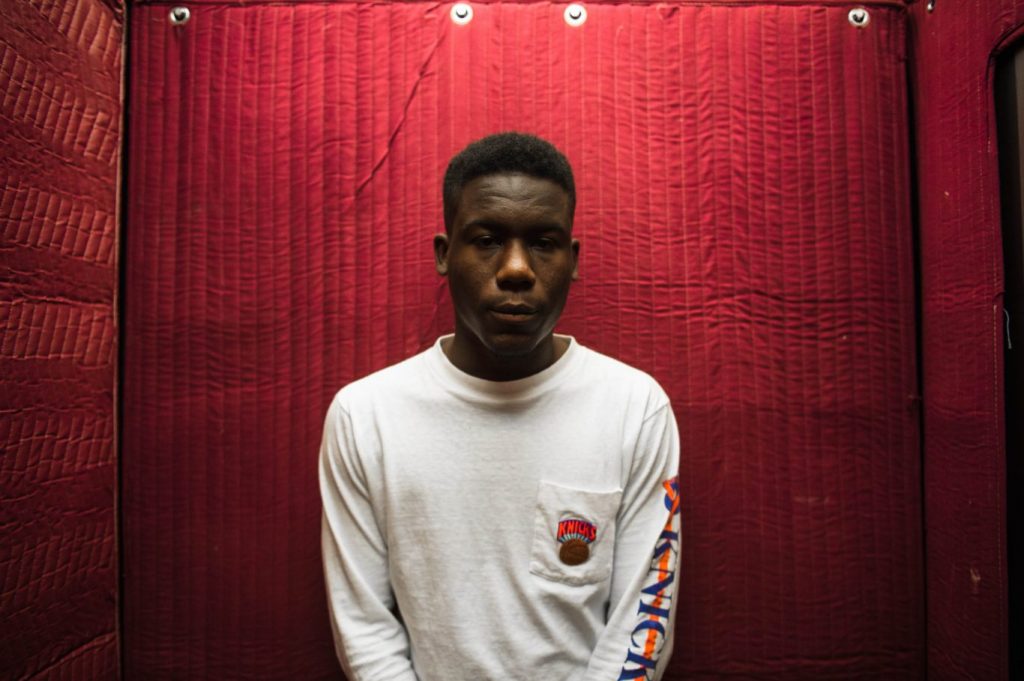 Skizzy Mars, born Myles Mills, will be performing in Madison at the Majestic this Tuesday, October 9th on his “are you OK?” Tour (Phase 2). Born in Harlem, NY, Mars released his first single, “Douchebag” in 2013 during his first year of college. The single gained some traction through the help of some music blogs, and his popularity began to climb after he released two more singles, at which point he decided to drop out of school and pursue music.

His breakthrough album “The Red Balloon Project” was his first iTunes release in 2015 and featured big-name artists such as Marc E. Bassy, G-Eazy, and Olivver the Kid. This album proved to be a hit with the masses, debuting at #4 on Billboard’s “Top Rap Albums”. When asked in an interview with XXL Magazine, Skizzy named his top influencers as A Tribe Called Quest, Kid Cudi, and Kanye West. It’s no surprise, then, that some of his earlier sounds match Cudi’s moody tone and poetic lyricism. He then went on to release “Alone Together” in 2016 and that same year was featured on Madison artist Trapo’s track “Beg”. Mars has since released various singles and has more recently released the EP “are you OK?” – the namesake for his 2018 tour. With songs like “Why Can’t We Work”, “are you OK?” shares parallels with Mars’ older music while also moving towards a new direction of introspection.

Performing with Skizzy Mars on this tour is artist Goody Grace. Grace gained popularity for his album “Infinite” and singles like “Vanilla Coke”, “Too High” and “Memorie$”. The Canadian rapper gained fame through SoundCloud and has since toured with both Gnash and LANY. His most recent single, “Girls in the Suburbs Singing Smith Songs” which features G-Eazy has over 2.5 million listens on Spotify (and growing). With a style lyrically similar to artists like Marc E. Bassy or Jaymes Young and the musicality and production style of Jon Bellion, critics are excited to see what Goody Grace will do next.

Also on this tour with Skizzy is Kid Quill. Hailing from Shelbyville, Indiana, the rapper gained fame from his album “The Name Above the Title”. He has since released two other albums, “94.3 The Reel” and “Kids in the Summer”. With a sound reminiscent of a young Mac Miller, the hip-hop community anxiously awaits Kid Quill’s next projects.

Judging from the positive reception of Skizzy Mars’ and his opener’s most recent releases, Madison is lucky to be able to bear witness to the fresh talent the Majestic will showcase this Tuesday.