You may not have known it, but the Mifflin Street Block Party isn’t the only student-led party to ever hit the streets of Madison. In fact, WSUM’s own Party in the Park (PITP), which will return this Friday September 3, predates WSUM itself!

The first ever Party in the Park was organized in 1999 by WSUM before actually becoming an FCC-licensed radio station in 2002. The goal was to offer a substance-free community event with music, food, and fun at James Madison Park as an alternative to the somewhat infamous Mifflin. According to PITP coordinator Brand Larson, “Mifflin was a cool thing at one time but kind of poor management and drunkenness made that positive thing negative,” referring to the particularly unsavory riots and violence that broke out at Mifflin in 1996. The inaugural PITP boasted over 100 artists, 20 different student organizations, DJs and vendors. Miraculously, according to a Badger Herald article covering the event, there was “only one arrest for a man charged with public drunkenness.” Not bad, right? 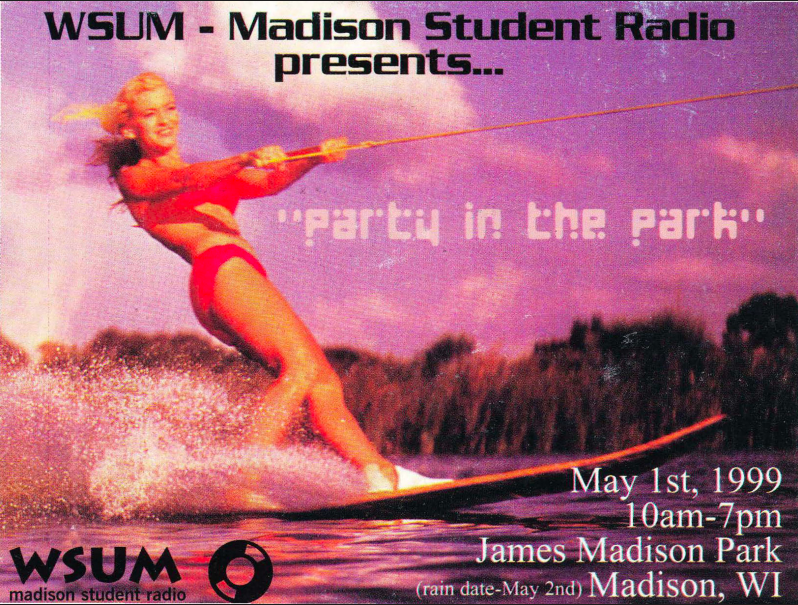 a newspaper advertisement for the first PITP

Over the next couple of years PITP would continue to enjoy the runaway success it had in its first run, even in spite of difficulties that the station was facing at the same time. Between 2000 and 2002, the station was embroiled in a bitter conflict with the city of Montrose, WI over whether WSUM could build its broadcast tower in a vacant lot there. Although the tower had initially been approved for construction, the 400ft structure received unprecedented backlash from Montrose residents, who felt it would “stick out like a sore thumb” in “one of the most scenic areas left in Dane Co.,” according to the Cap Times. The back and forth reached a fever pitch as the case reached the Dane County circuit court, until finally in April 2001 WSUM was given the go-ahead to build the tower and later get its FCC license. It wouldn’t be unreasonable to say that the public support WSUM earned from the Madison community was owed in part to the success of PITP. 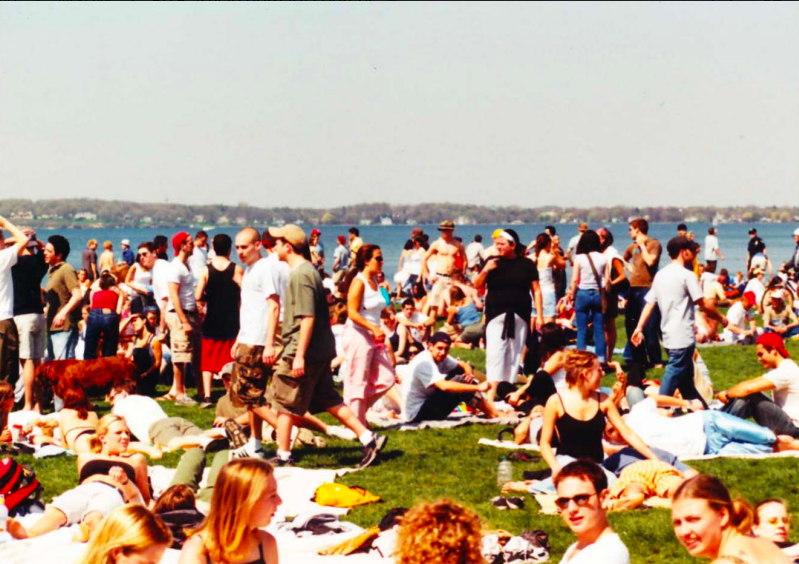 Variety in who’s gotten booked for PITP has always been the name of the game, since part of WSUM’s mission statement is to provide an alternative source of music for the community that you can’t find anywhere else. Some of the headliners that have graced James Madison over the years include DJ Paul Johnson, an instrumental figure in the birth of Chicago house, rapper Immortal Technique, Bongzilla, a Madison-based stoner metal band, and even the White Stripes! 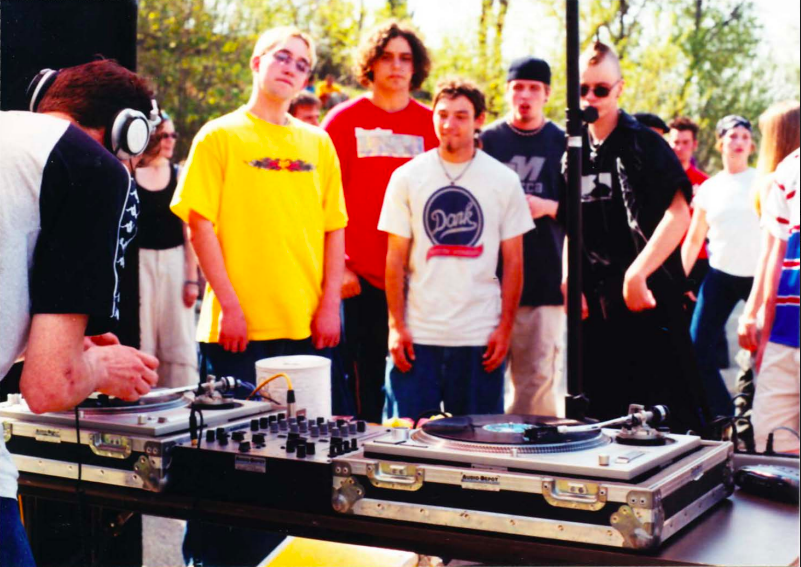 After a several year hiatus, we’re bringing back PITP this Friday, September 3. From 2-6pm at James Madison Park you can expect to see musical acts such as Madison natives Gentle Brontosaurus and Deryk G., as well as UW student orgs such as F.H. King: Students for Sustainable Agriculture and BIPOC@Wisco, all for FREE!!! And if that weren’t enough, we’ve added a conjoining “Party in the Dark” in collaboration with WUD Music and WUD Performing Arts at 7:30 on the Terrace, headlined by alt R&B artist Serena Isioma. According to WSUM Music Director Izzi Bavis, this year’s PITP will be “a reminder of what we can do as a radio station but also as a community”, especially after a year of such scarce community events. PITP has become a hallmark example of community-campus collaboration, and we hope to continue its legacy. Whether or not you can make it out this Friday, it is still “super fucking cool that we rented out James Madison Park.”