Ever wondered what people in Music Journalism Club listened to this year? Ever wanted a blog post AND Spotify playlist of their favorite releases? Well…look no further. Here it is!

Ranking this list was difficult, and ultimately I settled with Japanese Breakfast’s Jubilee as my number one for a few reasons. First, the album production is flawless. I love the instrumentation and creativity behind each track; it takes the experimental notion of Soft Sounds From Another Planet and combines Michelle Zauner’s raw vocals. Second, the lyricism is spectacular. Zauner’s world play is clever and leaves the listener wanting more. Songs like “Savage Good Boy” and “Be Sweet” are more upbeat and light while tracks like “In Hell” and “Posing In Bondage” are more serious. Furthermore, the lighter songs still have deeper meanings. Issues of class, comfort, femininity, masculinity and power are all present on “Savage Good Boy.” Zauner doesn’t leave anything out on this record. Lastly, and perhaps the most important, Japanese Breakfast’s live show in Madison this past fall sealed the deal for me. I’ve seen the band twice now at the Majestic and both times they put on one hell of a show. It was a good year of music, and I will cherish this list for a long time.

It took me a long time to finally understand the hype behind hyperpop. No, I was not at the 100 gecs gig at The Sett last year. Nor had I heard of terms like PC Music, digicore or, surprisingly, neo Shibuya-key. This disdain towards the genre only changed in May, as “Spoiled little brat” came up on my Spotify’s Discover Weekly playlist and its controlled chaos swept me off my feet. The debut album from underscores, fishmonger, perfectly encapsulates the ethos of modern gen-z aesthetics. This album draws upon the silly, chaotic fun of hyperpop classics like “stupid horse” and “Ferrari” and molds into a three-arc narrative about growing up, all while pushing the boundaries of the genre-defying art movement hyperpop turned into.

The first few tracks of the LP are unapologetically hyperpop. The vocals thread the fine line between the autotune obnoxiousness of 100 gecs and the monotone delivery of your favorite cloud rappers. In “Second hand embarrassment,” the lead single for the album, underscores experiments with harmonies landing for a beautifully anxious tune, introducing the listener to the emotional world of underscores. Another standout aspect of fishmonger are the relatable lyrics that particularly resonate with folks that spent the majority of their childhood on the digital world (like me!) Bozo bozo bozo’s “Why you so sad? Nothing’s gonna change / Oversharing to the friends I made by lying on the internet” or “I let admiration get to my head / Fuck celebrities, I might as well just copy my friends” serving as the perfect example of underscores’ lyricism.

The entire Side-A builds up to the emotional catharsis within “Spoiled little brat.” Arguably the track that presents the most hyperpop tropes represents underscores at their best. Catchy bubblegum lyrics about Internet fame blend in together with danceable beats, making this the quintessential hyperpop party song. From this point onwards the album takes an introspective tone, in a way I never thought possible in a genre known for its carefree fun. Who knew a Phoebe Bridgers-like track about a depressed Filipino fish could make me cry? Yet, “The fish song” has done this multiple times. The album’s closer “Del mar country fair 2008,” has a “summer’s end” feel in a way where each distorted 808 comes as a bullet to the heart. This break-up track not only represents a moment from underscores’ life, but also as the end of this magnificently nostalgic 30 minute journey. fishmonger is what 1000 gecs dreams of being. The genre-defying producer seamlessly blends folkish acoustic guitars with nightcore vocals in what I believe to be not only the best record of the year, but also the best display of gen-z art so far. I couldn’t be more thankful to fishmonger for introducing me to the wonderful world of hyperpop in such a personal album.

Esperanza Spalding cannot stop making incredible music. I did not plan to complete this album in one sitting, but the flow persuaded me.  Songwrights Apothecary Lab was astonishingly independent. Other releases did not come very close to its complexity and depth present in the entire work. Many of the albums I heard this year just shuffled the cards they played in the first track or two, but Spalding’s work continued to blossom. Beginning with “Formwela 1,” multi-vocal elements gave this album a different feel than past releases. Simplicity is masterfully laced between layerings of vocal and instrumental swells that don’t overwhelm but do excite. I had previously listened to Spalding’s works, but I was pleasantly blown out of the water with how much talent was present in every single track. Spalding could easily survive on just her voice or bass skills, but somehow she is able to balance the two to a tee. The shifting and blending of both bass and voice never  pushed the scale out of equilibrium in my mind. Jazz is not always the most approachable genre, but collaborations with Corey King and Ganavya Doraiswamy helped make the album attainable to those not too familiar with the genre. It was tough to pick a true number one, but Songwrights Apothecary Lab gave me a proper feel of something new and exciting that I needed in this year of music.

I chose this album as my MJC Weekly Pick earlier in the semester, and it has lasted the rest of the year as my number one album of 2021. The guitar-forward production is the main reason I can’t get enough of this simply beautiful album – the striking and subtly powerful chords fuse into each track like a stunning echo. Paired with wispy, gossamer vocals of the duo in perfect harmony and vulnerable, emotive lyrics, the album is nothing short of ethereal. Whether it’s the hot summer drive radiating the “golden feeling” mentioned in “Surefire,” the hazy twilight stroll through the big city of “Dreams You Don’t Forget,” or the midnight thunderstorm ballad of “Bad Enough” or “Carolina,” Dreams You Don’t Forget has an aura of nostalgia that makes me remember it all year long, and that’s why it is my top album of 2021.

If you look at my left wrist, I have a scar about the size of a quarter.  For a week straight, I devoured Blue Weekend.  I was addicted to the ethereal yet melancholy sounds of “Lipstick on the Glass”.  The album transported me from reality.  So much so that one night I found myself flying through the air, having tripped over a construction sign that lay flat on the sidewalk.  Embarrassing, but not surprising.  For weeks I rocked a nasty cut that represented my sheer obsession with Wolf Alice’s new album.  I will admit I was late in listening to the album, which was released in June, having randomly found my way back to the band after some years. Wolf Alice first popped on my radar in high school, just in time to capture the angst I hadn’t quite been able to direct.  Like Blue Weekend, many of Wolf Alice’s earlier albums managed to touch every genre of music while maintaining a largely cohesive sound.  They give listeners songs to scream to, songs to cry to, and songs that send you into another plane of existence.  2017’s “Don’t Delete The Kisses” remains one of my favorite songs to this day. The song is magical yet mournful, speaking to the heartbroken and lost in need of a song to capture their pain. Although a lot of music has crossed my path this year, Blue Weekend represents my reconnection with music in these past few months.  Thank you, Wolf Alice.

9. Parannoul, To See the Next Part of the Dream

Mitski, “The Only Heartbreaker”

PinkPantheress, to hell with it

From the moment “Be Sweet” was released as the lead single off Jubilee, Japanese Breakfast’s Michelle Zauner has had a hold on the past year. In between writing and directing, Zauner released her band’s first album in years. Jubilee—having been written about the joy that follows grief and loss—paralleled the world’s attempt to recover from the COVID-19 pandemic. In between the most danceable tracks (“Slide Tackle”), the most wistful (“Kokomo, IN”) and the most sensual (“Posing In Bondage”), a dull moment can’t be found on the album. The production is pristine, meshing together strings, synths, horns, snares and guitars in ways that can be reminiscent of bands like Wilco and Belle & Sebastian. Still, Jubilee stands out as its own project. Zauner’s vocals also stand out emotive and distinct. It’s no surprise that Jubilee, with all its honesty, happiness and melancholy, defined a year like 2021.

9. Tyler, the Creator, CALL ME IF YOU GET LOST

10. SPIRIT OF THE BEEHIVE, ENTERTAINMENT, DEATH

Dabeull, “Messages From The Stars”

PinkPantheress, to hell with it

Tako Tsubo, by the French funk band L’Impératrice, has quickly become one of my favorite albums ever. The production on this album is absolutely immaculate. I don’t know if I’ve ever heard an album that sounds as beautiful as this one. Swelling synths, deep bass, and rhythmic drums alongside smooth vocals help tell the story of a harrowing heartbreak. This narrative of a broken heart ties into its title: Tako Tsubo, the medical term for heartbreak. Every track on this album could be considered the best. From front to back, there isn’t a moment wasted while listening to this masterpiece. Each time I listen to the album I feel the immense emotion that the band put into their work. I’d strongly recommend this album to anyone, I haven’t felt as strongly about an album as I do with this one in years. 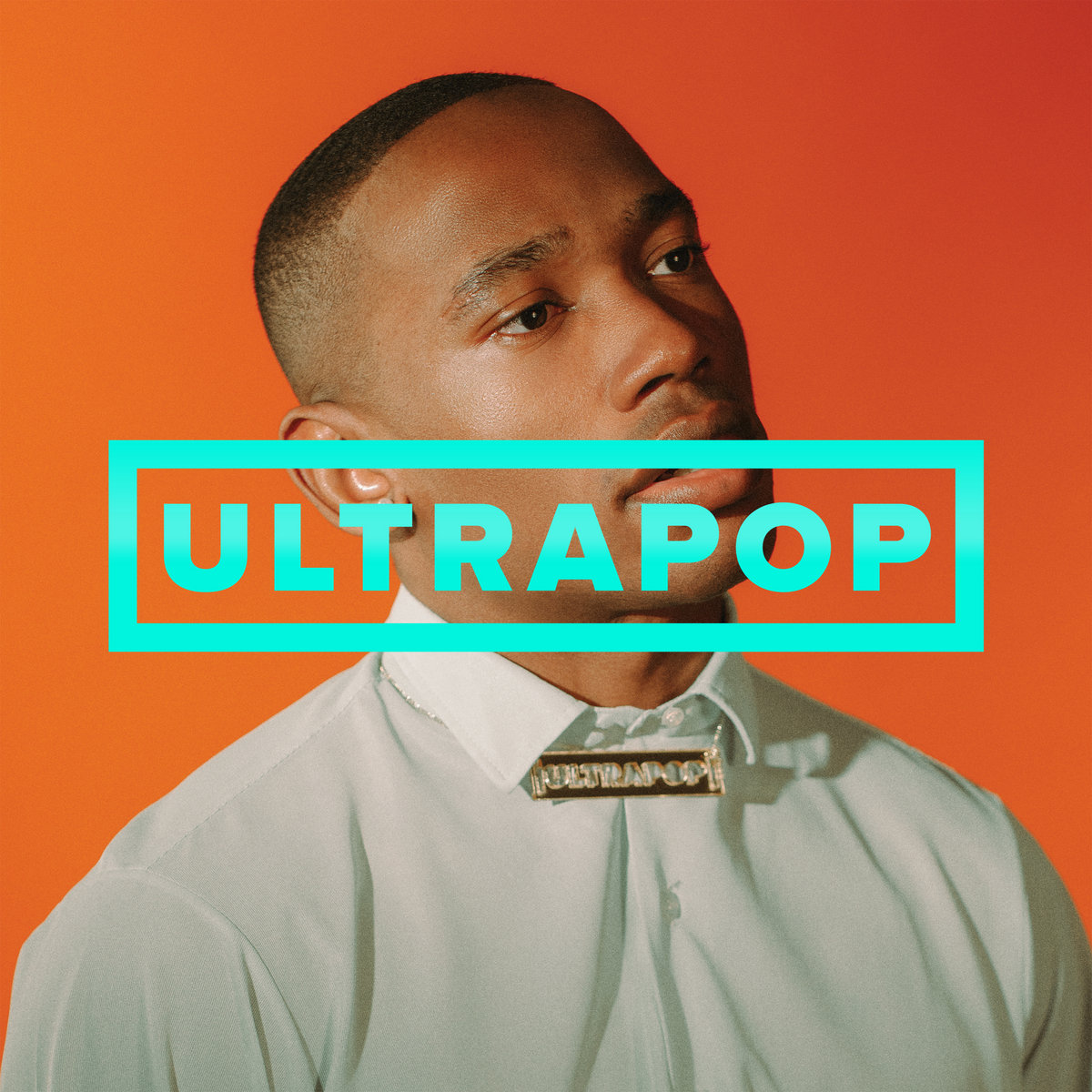 The enigmatic Detroit collective return with another wondrous disaster of post-hardcore, noise rock, power electronics, and pop, upping the ante in every feasible way from their 2018 genre-buster, Only Love. Along those same lines, ULTRAPOP is a wholly unique statement, going harder, louder, harsher, and catchier, laying waste to eardrums with a tickling production that maximizes every untamed blast beat, synthy deluge, angular riff, and backassward hook, culminating in something curiously passionate and heartfelt all while maintaining the group’s knack for crafting an instinctual treat for both dancers and headbangers alike. The Armed are nothing if not masters of the chaotic and visceral, but their approach is unabashedly forward-thinking and modern. There’s nothing out of the realm of influence here, pulling in everything from dreary post-punk, glitchy breakbeat, crushing sludge, off-kilter math rock, and so, so much more. ULTRAPOP is the sound of everything coming together at full-tilt, a vibrant supernova of sound and expression that will create a vacuum in which others from the extreme reaches of music will inevitably gravitate toward.

Israeli artist Tamar Aphek broke the mold with her debut solo album, All Bets Are Off. Recorded at Daptone Records Studio (home to the funk and soul label of the same name) and released on Kill Rock Stars (best known for its contributions to the riot grrrl movement), All Bets Are Off cruises through a sweeping landscape of genres at breakneck speed. Aphek’s band is tight, which is especially evident on the percussive ricochet of “Crossbow” and the slinking bassline behind “Show Me Your Pretty Side.”