Every Tuesday at WSUM, our Music Director, Arthur, chooses his favorite new releases to add to our music library. Here are this week’s favorites, presented to you by WSUM’s Music Journalism Club.

Carly Cosgrove, See You in Chemistry

RIYL: Excuse Me, Who Are You?, Gulfer, Majuro

Armed with ambitious goals to emulate the sound of a five-piece band with a three member lineup and titles plucked straight from episodes of iCarly and Drake and Josh, Carly Cosgrove spent one fervent week in the studio with producer Joe Reinhart. See You in Chemistry emerged as their debut LP, harnessing bittersweet, basement-ready guitar twinkles and confessional lyrics to deliver a story of both growth and heartbreak. “Sit ‘n’ Bounce” begins the album with meandering vocals which quickly give way to intricate guitar flourishes and bright breakdowns. “The Cooliest? Don’t Ruin It” highlights a layered guitar track and frank, ascending chorus to compliment lyrics that evoke the feelings of growing up – the memories of long lost friends, years slipping through fingers, and the heartache of loving a moment because it is short-lived. “Headaches” is mosh-pit fuel from the first note; half-shouted vocals are joined by whiplash drums and driving guitar, serving as a high-energy tribute to faltering friendships and the complexities of self-doubt. Complete with hard-hitting crescendos, “See You in Chemistry” offers a sun-bleached, reflective conclusion to an album which easily emerges as one of this year’s best midwest emo releases. 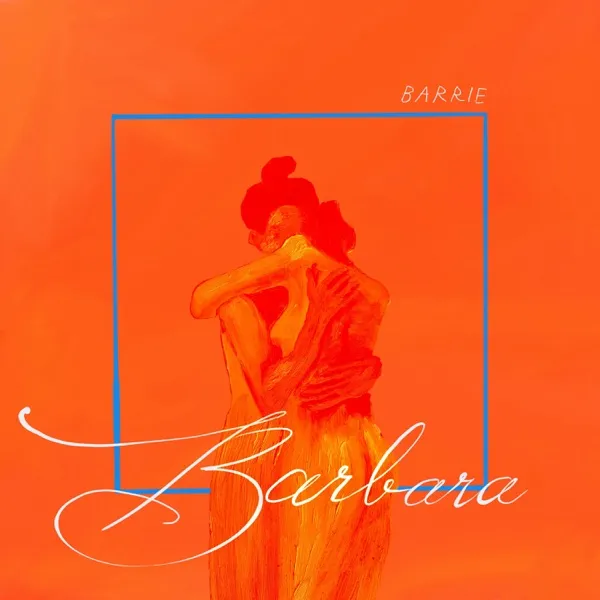 The last time we heard from Barrie, the self-produced project of multi-instrumentalist and singer Barrie Lindsay, it was a five-piece band. Barbara is a sophomore album that feels more like a reintroduction. With all its shimmering synths, strings and drum machines, Barrie’s sound is somehow fuller and more varied as a solo project. There is a sense of restraint in the first and last few tracks of the album, with the emotions at the album’s core remaining slightly elusive. Barbara is rewarding in all its quiet complexity, but it’s at its best towards the middle when it lets listeners in on its secrets. “Concrete” is propelled by droning synths, eventually building up to a dance track that describes the emotional intensity of approaching self-actualization. “Dig” is a bold, bewildered love song filled with lush strings, calling upon a cathartic flood of vulnerability that makes it the centerpiece of Barbara. Lindsay’s lyrics savor the small details of the past and present throughout the album while also alluding to an undefined, yet hopeful future. From time to time, she lets lyrics or instrumental motifs trail off unfinished, often revisiting them later on but sometimes deciding to just let them be.

Upon my first listen of this album, I dismissed Reborn as boring synth-pop that was trying too hard to replicate the timeless sound of Kavinsky’s earlier work. After listening to Reborn some more, my attitude towards the album has changed. Reborn, Kavinsky’s first album in nearly ten years, serves as his triumphant return to the world of music. His 2010 album Nightcall and 2013’s OutRun are fondly remembered as some of the most essential synth-wave of all time. Throughout the album, Kavinsky’s production is spectacular. On tracks like “Renegade” and “Vigilante,” Kavinsky is at his best, delivering hard-hitting basslines and catchy synth melodies. Kavinsky deviates from his classic sound on “Goodbye” and “Cameo,” delivering refreshing synth-ballads and pop tracks that keep the album from getting too stale. Notably absent on this album is the Weeknd, frequent contributor on Kavinsky’s past work. Despite this, guest vocals from Morgan Phalen really tie the album together and make the lack of a Weeknd feature more palatable. I’ve loved Phalen’s work in the past for Justice, and he continues to deliver on this album. Although this album may not reach the highs of Nightcall or Outrun, Reborn serves as a modern reimagination of what Kavinsky’s sound can be.

RIYL: Horse Jumper of Love, LSD and the Search for God

When Duster released Together on April Fools’ Day, I (along with everyone else) brushed it off as a prank. I am pleased to report that Together was not, in fact, an April Fools’ joke — however, the first half of the album almost feels like one. As the album kicks off, its earliest songs like “Retrograde” are so sleepy that they feel like they’re fully getting ready for bed, turning off the lights, and crawling beneath the covers. These songs offer great ambience but little else, causing the beginning stretch of the album to drag a lot. At this point in the album, it’s hard not to want more of the memorable chords from Stratosphere that launched Duster into success, which finally happens with “Escalator.” This track is somewhat of a turning point of the album, marking (with a very satisfying buildup) the moment where the members of Duster seem to get back into the groove of excellent lo-fi. “Moonroam” presents a memorable melody, “Making Room” isn’t afraid to take up space, and “Feel No Joy” finally gives us the little kick of energy the album needs. Hearing Duster return to what makes their sound great during the second half of this album is so rewarding and finally brings the initially lackluster Together back down to Earth.

Fire-Toolz, I Can’t Die As Well

“Aesthetics” is probably the best word to explain the motivation for what is going on here. Fire-Toolz is one of many aliases of Angel Marcloid, someone who you might consider to be a walking work of art. The sound of this album, like most other Fire-Toolz releases, is akin to vaporwave, jazz fusion, and extreme metal. It is composed of mostly electronic instrumentation, involving shimmering synths, IDM/industrial-like drums, occasional purposely cheesy thrift store keyboards, samples, and noise. But on top of that are these aggressive, hostile, over-processed metal screams that provide a ridiculous amount of contrast to the backing instrumental. And the lyrics don’t match with the dynamic of the screams either: Angel sings about philosophy, heavy metaphors, and other cryptic things. The musical structure is also quite unconventional. No verse/chorus structure at all, just meandering passages and unexpected turns. This EP was released in several formats: the obligatory CD, the ambitious cassette, and… the floppy disk? Well, what better format to contain music that is a modern reimagination of the unconscious cultural flow of the 90s. And it comes with a rather creative and ironic looking trading card, if the floppy disk didn’t make quirky enough.

Japanese rockers sakanaction’s latest release, the first in a two part series of concept albums, is a 33 ½ minute deep dive into some of their best grooves, riffs, and beats; beyond the individual songs standing out as some of their best, Adapt is not just a collection of tunes, but a deliberately well-crafted and cohesive album. There’s enough variation to keep you interested, but enough adherence to the album’s cool, spy film aesthetic that the final product is best indulged in in its entirety. The Talking Heads influence runs deep and jumps out, especially on standout song “Shock!” –  but if sakanaction is picking up the mantle of an early new wave band, Adapt is, more accurately, their Parallel Lines (Blondie’s 1978 LP that shocked listeners for its innovative blend of rock and disco). The group have long since established themselves as virtuosic in their seemingly effortless endless supply of silky-smooth rock numbers; Adapt gives us nothing less, while wearing its 70’s influences on its sleeve and promising, with the release of its companion album on the horizon, more funky pop gems to come.

Kilo Kish’s American Gurl acts as a critique of the music industry, its demands and themes of personal freedom (both as an artist and a person). This new album gives off serious electro-pop vibes, with the first track, “PLAY”, setting the scene at an arcade. Kish’s use of dissonant synth beats makes for a captivating listening experience. Featured on the album are artists Miguel, Jean Dawson, Jesse Boykins III and Vince Staples. According to a Nylon Mag interview, Kish says her new album “specifically speaks to others perceptions of you and trying to overcome my own history, black history, the need to be a success story, and an achiever. Trying to outrun it all with the weight of expectation on your shoulders, and the weight of where you ‘should’ be.”

Like most of us, Nashville’s three-piece pop rock group COIN was hit hard emotionally by the pandemic. A shift in the definition of normalcy prompted them to produce countless songs, releasing many of their experimental coping mechanisms in the 2021 Rainbow Mixtape series. This period marked changes for the band, prompting lyrical vulnerability, a practice of adopting classic rock influence for many of their tracks, a short spell of creative burnout and working with a new production team. These changes culminated to produce Uncanny Valley: the band’s fourth official studio album. From a narrative standpoint, the album tries to view humanity from a distance, objective, lens. With the loose premise of the project being how AI views experiences that are inexorably human, COIN resolves to take the persona of a removed observer, commenting on what it means to be human and hoping to find an answer. In doing so, COIN tackles themes of longing, loneliness, performative happiness, a growing reliance on technology and navigating the waters of aging both literally and artistically. Ultimately, this album is a lyrical cry for deep authenticity, tying together the existentialism often hidden within the ordinary. COIN draws attention to philosophy, melding rhetorical questions with clean, stylized, production. Their removed perspective results in nuanced “self-therapizing,” allowing them to analyze sensory experiences that would otherwise be seen as too intimate to share directly. Still, there are moments where COIN’s humanity, their own authenticity, manages to slip through the cracks of carefully crafted concepts—it’s the best part of the whole project. Shouts amidst synthesizers. Piano hidden in the production. Imaginative, consistent and questioning the very essence of what makes us all human, COIN presents a poetic package, one that’ll leave you wanting to “plug in” your headphones and press play over and over.

HIGHLIGHT TRACKS: “i don’t really mind,” “malo okoma,” “felt like we were in heaven,” “stay just a little while longer”

Self-described as “music for the bike ride home in the dark,” dj poolboi’s latest album, stay just a little while longer, is the enigmatic artist’s most sonically diverse output to date. The ambient R&B track, “if now you feel loved,” precedes a lo-fi cover of a classic French chanson, “la nuit n’en finit plus” – with dj poolboi’s impeccable ear for production and tranquil, pensive vibe, this transition feels seamless. While lo-fi’s reputation as beats to study and/or chill to carves out a comfortable niche for the genre, this label is a double-edged sword that unfairly paints lo-fi as repetitive background music. With an album as innovative and fascinating as stay just a little while longer, which keeps you guessing all way to the final track (a surprisingly traditional classical piano piece that evokes many a great film score), dj poolboi disarms any critics wielding this belief as a reason to downplay or ignore the creativity and diversity of lo-fi. With his latest release, dj poolboi reiterates what fans already know: as an artistic movement, lo-fi is flourishing, and as a global phenomenon, it’s only getting bigger.