Concert Review: JoJo 4/8 at The Rave

On Friday, April 8th, The Rave in Milwaukee turned from a historic (albeit musty) venue into a reunion for 90s babies as JoJo took the stage for one of the most impressive concerts I have ever seen. For those unaware, JoJo shaped early-2000s pop and R&B; she became the youngest artist in Billboard history to reach the apex of Top 40 with her breakout single “Leave (Get Out).” After more than fourteen years, every lyric, run and vocal flourish to JoJo’s classics bubbled up from the long-term memories of the audience. At many points, JoJo assumed backup for the crowd; at only 31 years old, JoJo has several classics under her belt. 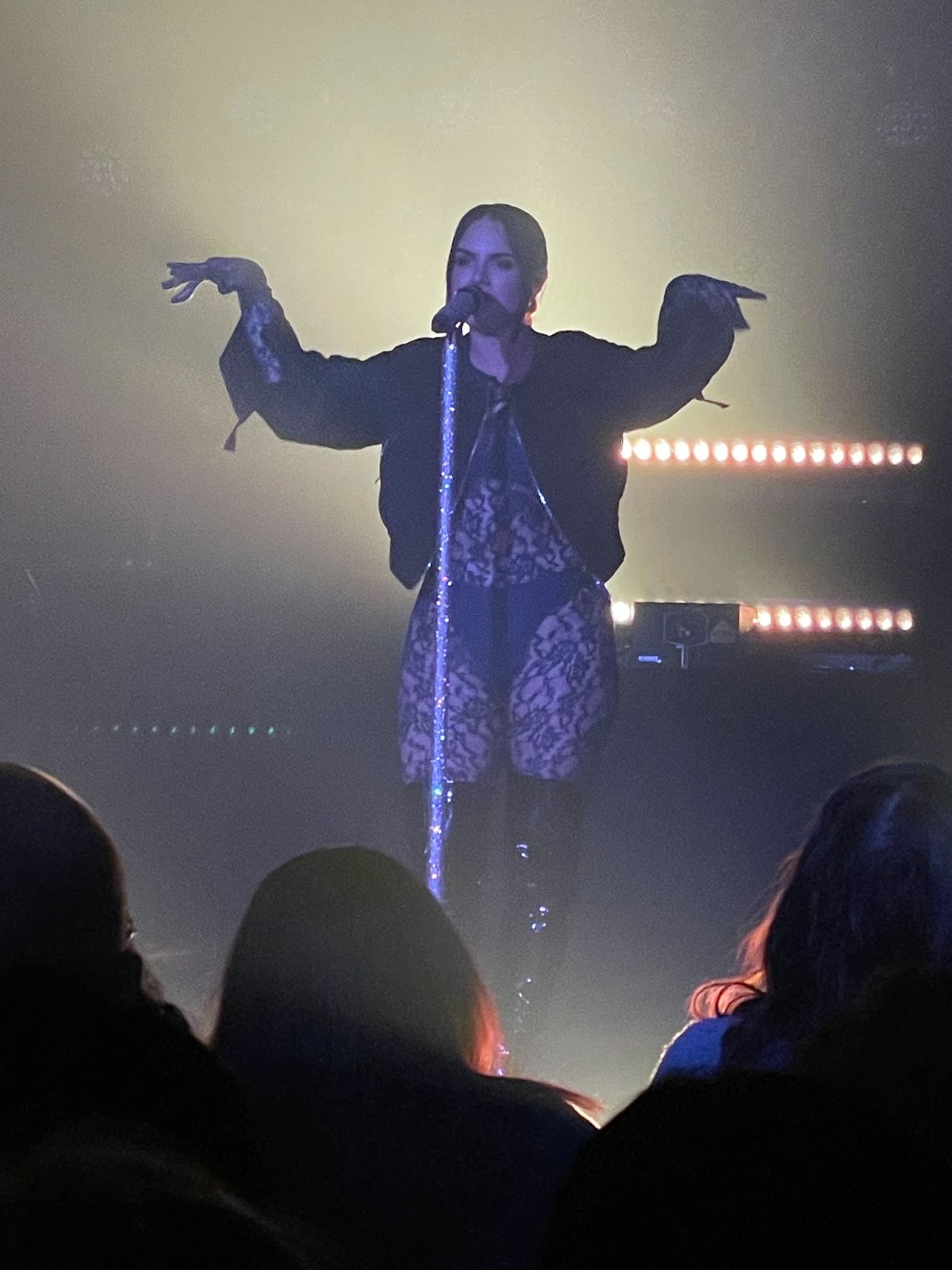 The concert began with opener Tanerélle. Her aesthetic, outfit and poise were enough to captivate an audience who seemed largely unfamiliar with her discography. Her soft R&B tunes oozed sensuality, perfectly complemented by her smooth, quiet vocals. After a thirty-minute opening set including tunes like “Good Good” and “HER,” Tanerélle bid the crowd farewell and The Rave settled in for a half-hour of eager anticipation and sneaky vape-hits as JoJo finished her preparations.

Soon enough, JoJo busted out from backstage and the crowd was instantly engaged. “Let me know, let me know” we sang, the opening lyrics to her single “What U Need” from her latest album good to know. “With a little bit of vodka, unpack your childhood dramas,” JoJo crooned before slipping down a run the size of Everest. Eventually, the bass hit and the crowd illuminated with excitement. When she finished, JoJo exclaimed what we were all thinking: “It’s hot as f*ck in here!”

“With a little bit of vodka, unpack your childhood dramas”

JoJo followed her opener with several more songs from good to know. The audience swayed with the beat and sang when they could, but I was intent on listening to JoJo’s voice. Never have I been to a concert where such impressive vocals were on display. JoJo added an extra layer of entertainment and artistry on top of the songs that the crowd already knew they loved. She made every song a bit better than you thought it could be; this is what separates a singer from a performer.

To exemplify her versatility, JoJo took a break from her discography to dip her toes into covering Rihanna’s “Love on the Brain,” which the audience went wild for. She blended the cover into one of her well-known hits from Mad Love., “High Heels.” This was the first BIG moment of the night because JoJo absolutely served. She hit some brief choreo, flaunted her body and sang like we were voting members of the Academy; icon behavior if you ask me. The next big moment came when JoJo sang “Think About You.” The audience crooned to one another as JoJo led onstage; I am pretty sure a few people fell in love during this three-minute portion of the concert. She followed “Think About You” with “Say Love,” a ballad that everyone knew the words to. “You say I’m pretty, say I’m perfect,” the whole Rave chanted; it was a near-spiritual experience. 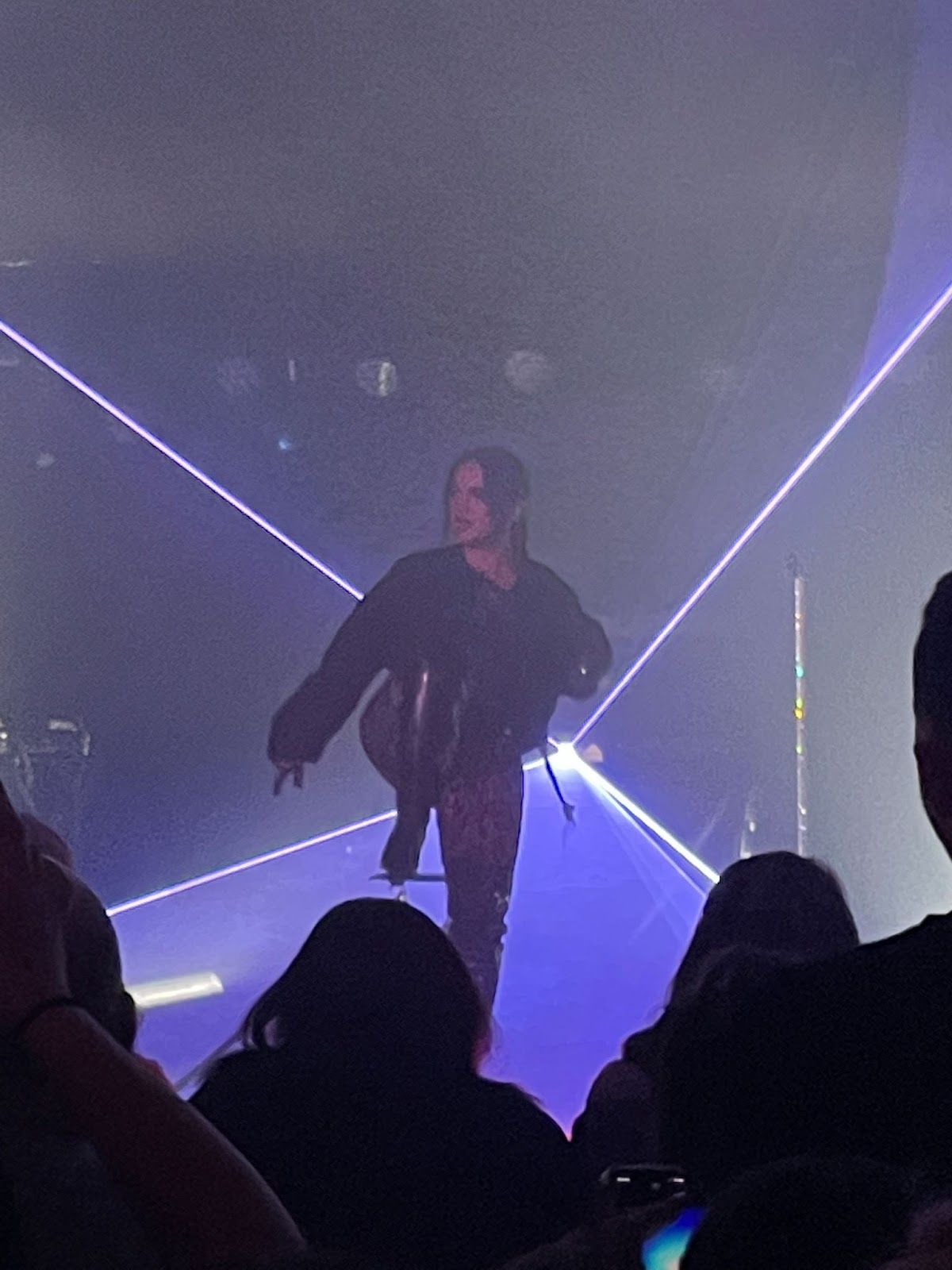 The real climax of the night came when JoJo told the crowd: “There are some songs we have to sing before you go.” Everyone knew what was coming. The beginning strums of “Leave (Get Out)” began to play, and my brain went on autopilot. Everyone knew every word, every run, every beat of this song like it was coded in their DNA. The classic JoJo middle-8-into-high-note was stellar, and the crowd was absolutely on fire when she finished, turned around, and went right into “Too Little Too Late.” Now, I thought that “Leave (Get Out)” would be the climax of the concert, but I was dead wrong. “Too Little Too Late” was like the last lap: give it everything. You’ve. Got. And JoJo did. The energy of this song alone was unforgettable.

JoJo managed to fit a twenty-five song setlist in less than two hours, which meant she was non-stop singing. JoJo not only flaunted her own vocal chops but also the talent of her band and backing singer (who usually felt like a duet partner), and for good reason. She had a few solo moments and absolutely shined, even compared to JoJo. Seeing proper musicians on stage flaunting their talent was such a treat. So much so that on the ride home, my friend and I could not get enough. We repeated the setlist and attempted to relive the concert one last time. Truly, JoJo put on the best performance I have ever seen; if you feel like she’s worth checking out, you can look her up on Spotify and see her at Summerfest this July in Milwaukee!