Gravy Train, Are You Along For the Ride?

We had been standing like sardines in a tin can (“tits to bits” as I heard one person remark coarsely) on East Washington St, for upwards of two hours at this point, and I was pooped.  But we… no… I was determined…I was going to see Yung Gravy…for free. 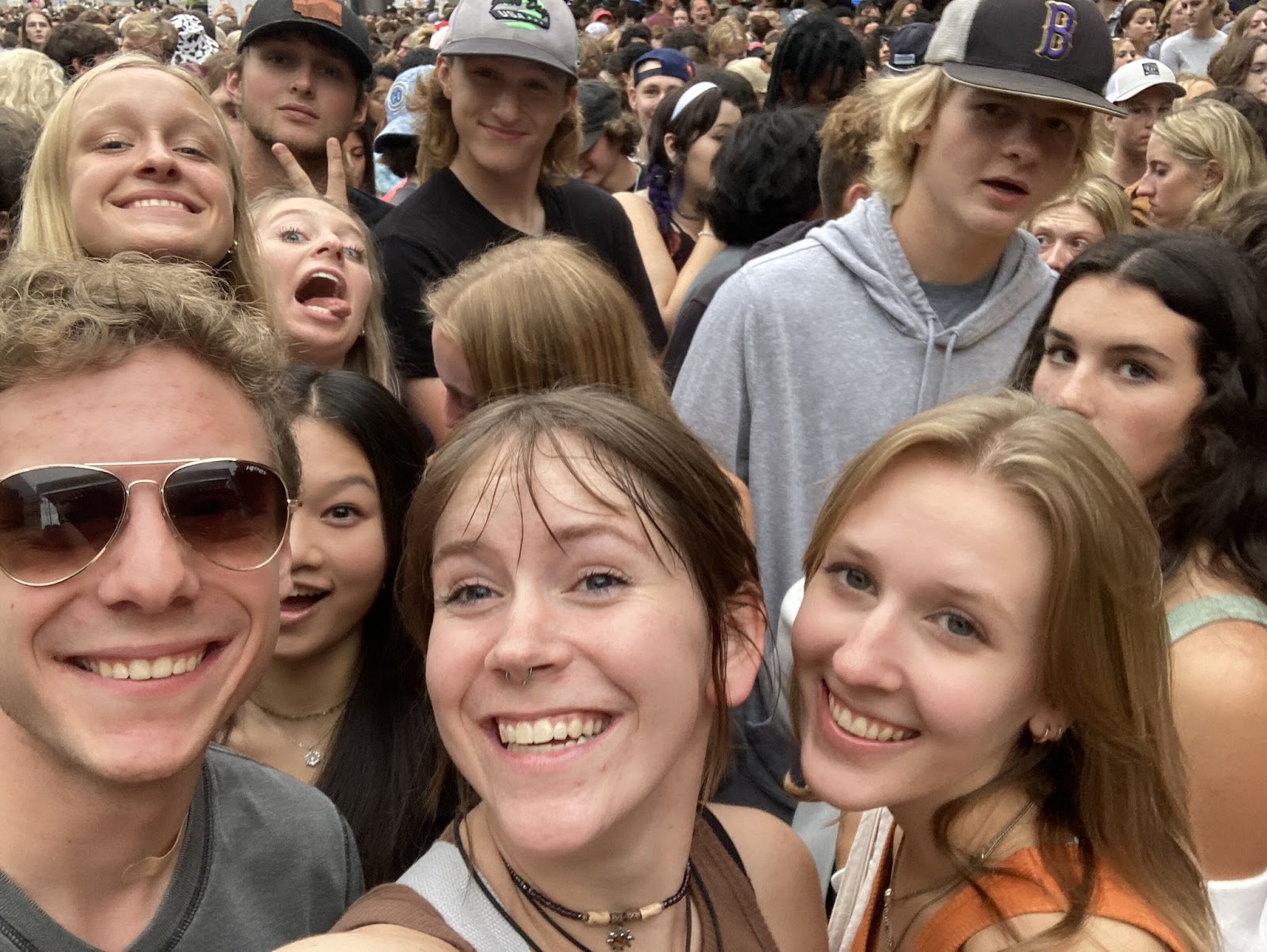 The first time I had been exposed to the seductive voice of Yung Gravy was in the practice room of my high school band classroom.  Each lunch, all the rejects and deadbeats (myself included) would tiptoe, avoiding the watchful eye of our very disapproving principle, to the band room to heat up styrofoam cups of Chicken ramen in the microwave, a microwave I personally saw catch fire at least four times.  During this lunch period, my peers would connect to the jerry rigged speaker system. I’m sure some proud alumni somewhere thought it was their legacy, but really it was just some computer speakers and electrical tape.  My friend connected to the speakers, but when the sweet sound of “Mr. Sandman” by The Chordettes played, I was shocked.  This was a man that exclusively played “Blueberry Faygo” by Lil Mosey and bass boosted remixes of Mario songs.  However, with the abrupt fading of The Chordettes’ melody into a distant sample, Yung Gravy comes over the top with straight bars: “Gravy make it splash like Pippen. Shit that’s nothin’ (splash)”, and I was immediately hooked.  I was already a weird one, as a kid fangirling specifically over “It’s Raining Tacos” over Justin Bieber any day of the week.  Gravy’s music combined humor, dumb sexual lyrics, and a special something I couldn’t quite place at the time, but can now: he just didn’t sound like he cared.

Now when I say “he just didn’t sound like he cared” I don’t mean that in the literal sense.  He obviously had a passion (if that’s the best word for it) for creating, but the catch was, he was just creating whatever he really wanted, and didn’t seem to care what other people thought about it.  Honestly, from a music critics point of view, I would have to say 99% of the lyrics and especially the delivery, are SoundCloud rapper status at best.  The beats are solid, and I love how he combines great throwbacks with deep bass. However, from my seat as a young, 20 year old college student, Gravy has a seat at the table.  He has tapped into some of the obsessions of Gen Z: MILFs, sex and quirky humor.  Gravy seems to have mastered the art of just not giving a fuck.

Throughout the years since, I have been a member of the “early listen” club for each one of his singles and albums.  Honestly, I’d say that his songs are just “fun”.  The album Gasanova got me through my freshman year of college, for I had an extremely rude roommate.  One of my simple joys was listening to “Martha Stewart” extremely loud while doing my homework in the evenings. I bet she loved that.  However, the lyrics could get me a little on edge at times (I have never been a huge fan of repeatedly calling women “bitches” throughout a song), but, I really had no reason to be violently turned off to his music.  Call it a bit of a guilty pleasure. 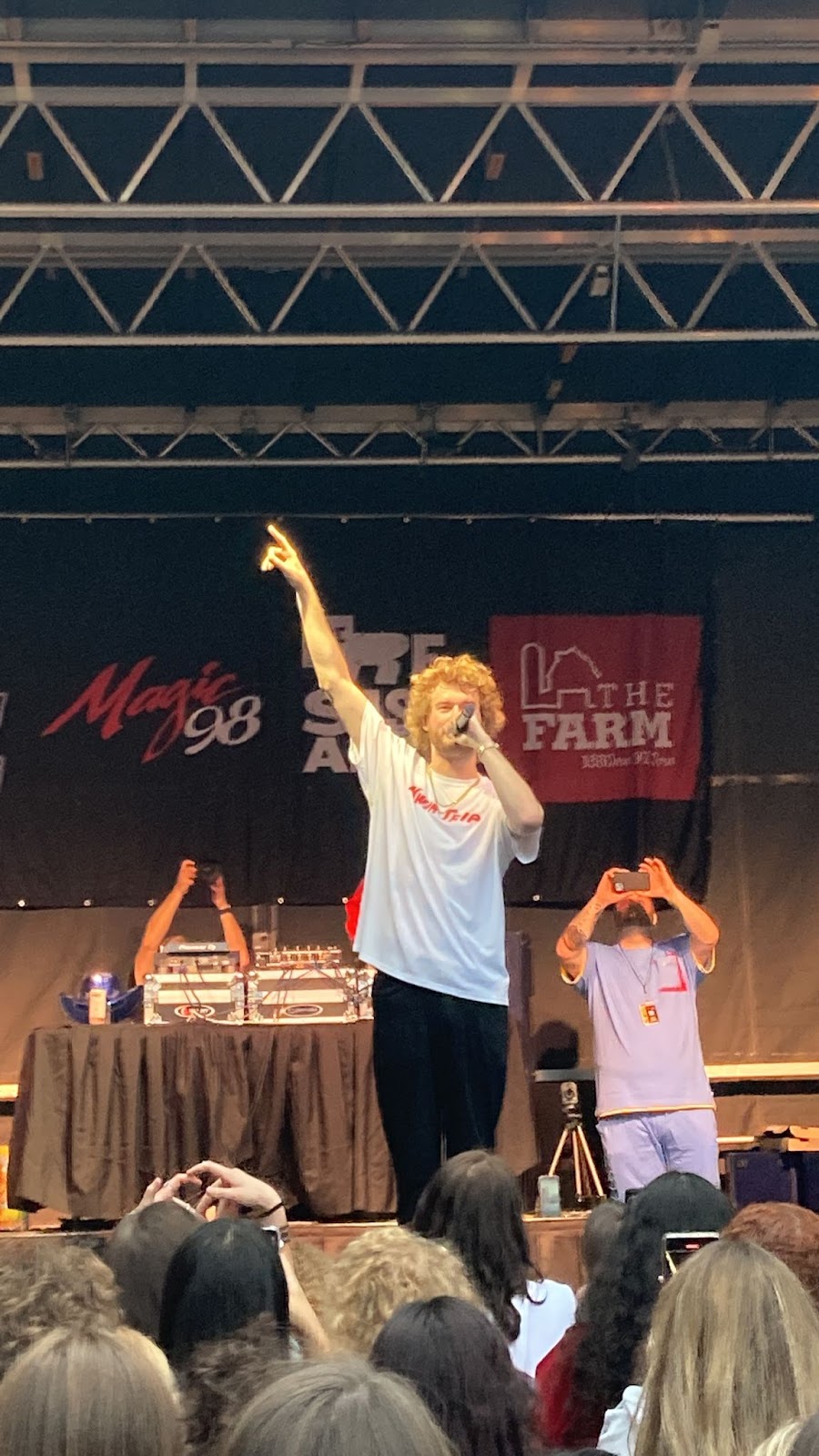 “Tits to bits,” I stood, waiting for the man that I was legitimately thinking about buying concert tickets for, the man that I’d PAY to see.  And there he was, dressed in Kwik Trip garb, and ready to legitimately, not give a single fuck.  The energy of the crowd fed the performance, and he was honestly just another part of the gang.  From eating pizza on stage, chugging a beer, and throwing signed bananas into the crowd, this performance was nothing short of unhinged.  I was into it.  It matched the style of his music perfectly: he did not give, any single fuck.